building a home in Cape Coral 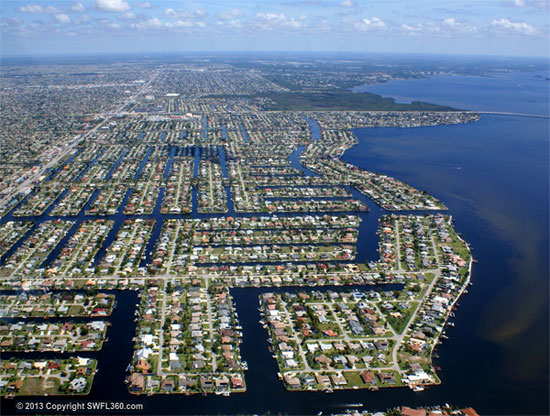 Why Live in Cape Coral?
Climate, Sun, and Water!

Looking to build a home in Cape Coral? You’ll be happy you did. Bankrate.com’s “Best Places to Live in Florida” ranks Cape Coral #3 with an affordability score of 8 out of 10, culture 9 of 10, and safety 9 out of 10.  For your northern visitors, as part of the Cape Coral – Fort Myers, Florida Metropolitan Statistical Area, Cape Coral is just 14 miles from Southwest Florida International Airport (RSW). Eighteen national and two international airlines service about ten million passengers annually at RSW.

The high temperatures range from 76° in January to 92° in August to 82° in November to a low of 52.5 in January. The rainy season lasts from June through September with 53 inches of rain annually while the US averages 38 inches. Living in Cape Coral allows residents to enjoy 265 sunny days per year while the rest of the US averages 205. Snow? Zero inches of snow falls each year in Cape Coral against a US average of 28 inches!

With 400+ miles of navigable waterways, many Cape Coral homes back up to fresh and saltwater canals as well as man-made lakes that make living in Cape Coral a water lovers paradise. The Caloosahatchee River, separating Fort Myers and Cape Coral, flows into the Gulf of Mexico.
And all that water means beaches! In addition to the smaller Yacht Club and Four Freedoms Park Beaches, the city is near the seven-mile, world class, Fort Myers Beach as well as Sanibel, Captiva , Lovers Key State Park, Bonita Springs, and Naples beaches. 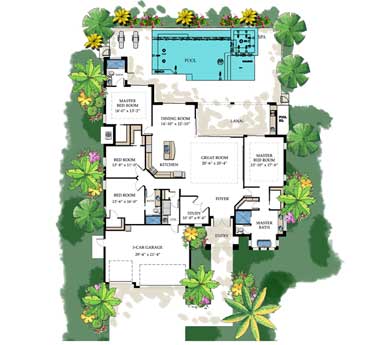 VIEW ALL OUR FLOOR PLANS

For more than 13 years, Coconut Bay Construction has forged a reputation of distinction while building quality customer homes for people living in beautiful Cape Coral. Contact us at https://www.coconutbayconstruction.com/contact/ or give us a call @ 239-945-6288.